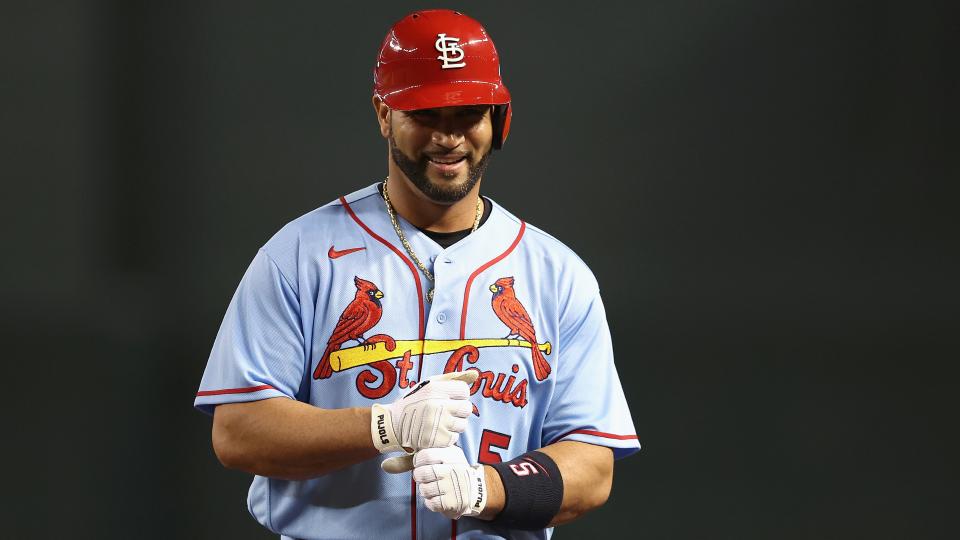 Before “The Machine” descends into the molten steel like the T-800 in “Terminator 2,” he’s putting the finishing touches on a Hall of Fame career and giving fans one last show.

The slugger, playing out the 2022 season with the Cardinals, is continuing his quest to become the fourth player in MLB history to reach the 700-home-run plateau. He looks to join Barry Bonds (762), Hank Aaron (755) and Babe Ruth (714) as the only sluggers to earn their exclusive club jacket.

Like bananas, home runs come in bunches, and Pujols has put himself in prime position to make a run at 700 during the last month of the season. Pujols hit a groove with six home runs in seven games in mid-August, and as of Sept. 18, with 698 home runs and 14 games left to play, he has a shot.

Pujols’ career is winding down, and he’s going out with a bang — hopefully, at least two more of them. Here’s how it breaks down:

Pujols hit home run No. 698 on Sept. 16 against the Reds. He passed Alex Rodriguez for fourth on the all-time home run list earlier in the month. The Cardinals have 14 games remaining in the regular season.

Helping Pujols in his quest for 700 is his torrid home run rate (HR/PA), which is 5.8 percent for the season. He got extremely hot in August, with eight home runs in 69 plate appearances, or 11.6 percent. He has four home runs in September.

Perhaps helping Pujols’ case is that he’s facing a fair amount of familiar pitching through the end of the season: eight of the remaining 11 games on St. Louis’ schedule are against NL Central opponents.

The chances of Pujols reaching 700 home runs are growing with him now needing just two more to reach the milestone.